Fast and accurate tracking of an object’s motion is one of the key functionalities a robotic system should possess to achieve reliable interaction with the environment. In this paper, we focus on the instance-level six-dimensional (6D) pose tracking problem with a symmetric and textureless object under occlusion}. We propose a Temporally Primed 6D pose tracking framework with Auto-Encoders (TP-AE) to tackle the pose tracking problem. The framework consists of a prediction step and a temporally primed pose estimation step. The prediction step aims to quickly and efficiently generate a guess on the object’s real-time pose based on historical information about the target object’s motion. Once the prior prediction is obtained, the temporally primed pose estimation step embeds the prior pose into the RGB-D input, and leverages auto-encoders to reconstruct the target object with higher quality under occlusion, thus improving the framework’s performance. Extensive experiments show that TP-AE accurately estimates the 6D pose of a symmetric and textureless object under occlusion, and significantly outperforms the state-of-the-art on T-LESS dataset while running in real-time at 26 FPS. 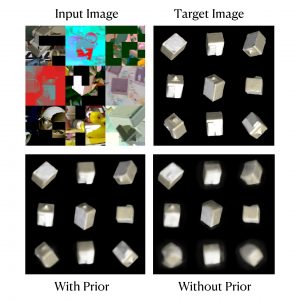 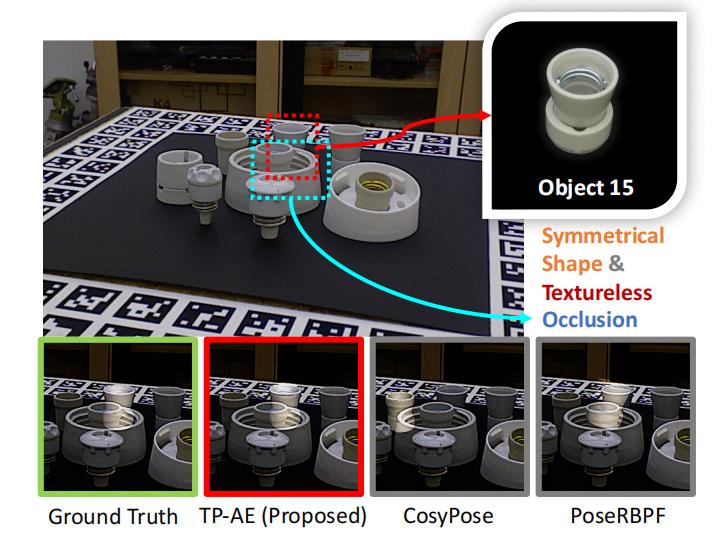