Prof. Jie Huang visited our lab and gave a talk, entitled “The Adaptive Distributed Observer for Uncertain Leader Systems and its Applications”. He is currently the Choh-Ming Li Research Professor of Mechanical and Automation Engineering, The Chinese University of Hong Kong, Hong Kong, China. Prof. Huang is a fellow of IEEE, IFAC, Chinese Association of Automation, and Hong Kong Institution of Engineers. He received the State Natural Science Award, Class II in 2011 for the project titled “The Nonlinear Output Regulation Problem and Internal Model Principle”. He is an editor of the International Journal of Robust and Nonlinear Control, is editor-at-large of the Communications in Information and Systems, and a member of advisory board of Transactions of the Institute of Measurement and Control. He also served as an associate editor of the Asian Journal of Control from 1999 to 2001 and held the same position at the IEEE, at its Transactions on Automatic Control. He delivered plenary /keynote speeches in numerous international conferences.

The current research interests of Prof. Huang include nonlinear control theory and applications, multiagent systems, and flight guidance and control. The talk is about his recent work with his colleagues on the design of a class of adaptive distributed observers for the cooperative output regulation problem. 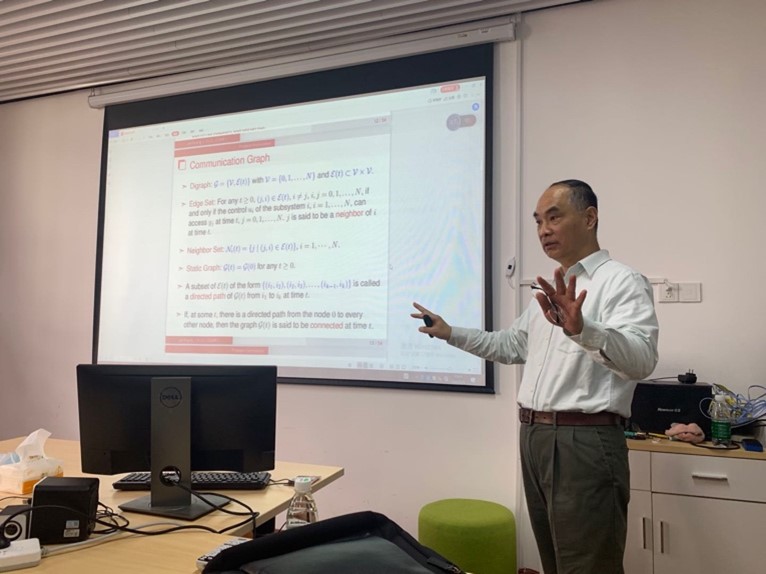